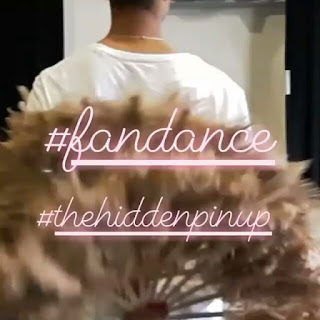 Now that choreography has begun on The Hidden Pin Up (see last post) I thought I'd do a little overview on the burlesque fans I created as they are in integral part of the work which explores the black Pin Up, a figure lost in time due to prejudice and the racial fetishes that still surround women of colour to this day.

Based on traditional burlesque fans, I decided to use hessian instead of luxurious feathers to replace the usual glamour with something basic and crude. This was to highlight the 'primitive' and 'savage' stereotypes about women of colour that have surfaced throughout the project and also the hessian harks back to collective ideas of plantations, slavery, poverty and the unrefined. 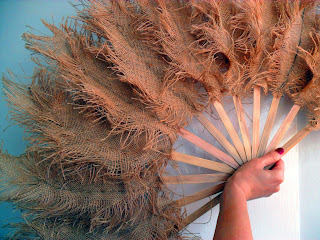 An added bonus to using hessian to create individual feathers was that the frayed materiel moves and looks like dried grass, which added another layer of meaning to the fans, evoking tribal garments like headdresses and skirts that typified the stereotypical view of the uncultured 'exotic'. You can see how I made the fans HERE

I knew I wanted to decorate the fans in some way and as the project progressed it became ever more apparent to me that women of colour today face the same prejudices and fetishes as their vintage Pin Up counterparts, in fact, today's women of colour are still dealing with a hangover from colonialism and Western privilege that began centuries ago.

With this in mind I started to collect real life stories of racial fetishes towards contemporary women of colour. Friends and colleagues and women I had never met shared their tales and an uncomfortable pattern of everyday micro aggressions began to emerge. These became the inspiration for the embroidered words on the feathers. 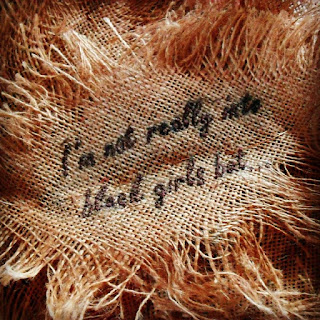 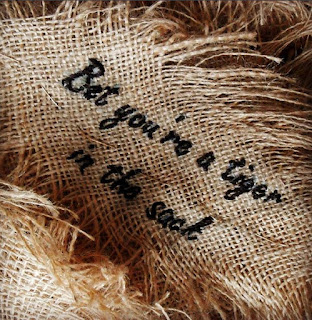 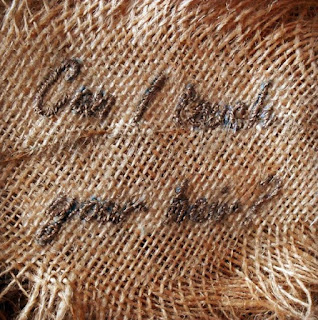 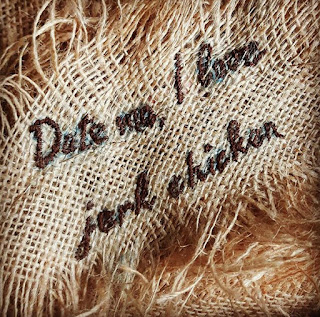 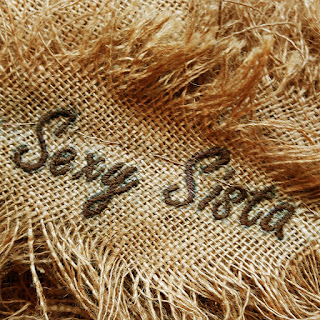 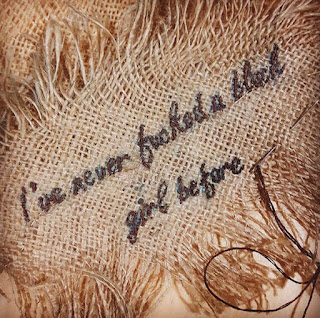 I used different shades of brown black and tan and I wasn't too bothered about how much the words stood out because micro aggressions aren't always easy to spot. Some are glaringly obvious and others can sit there unnoticed yet still leave a mark. 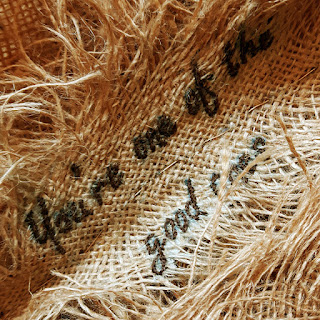 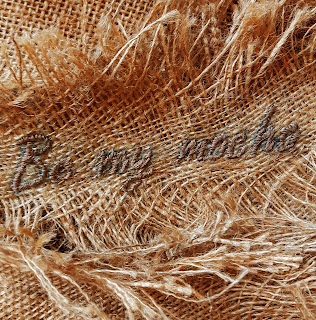 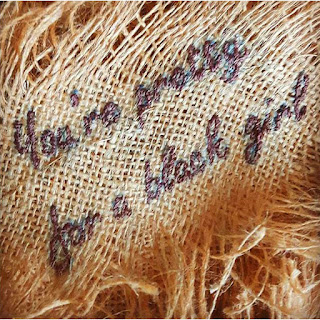 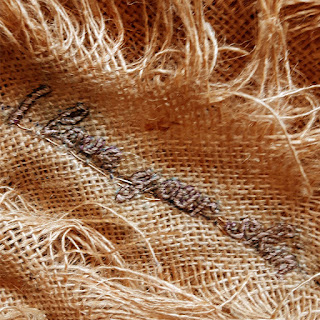 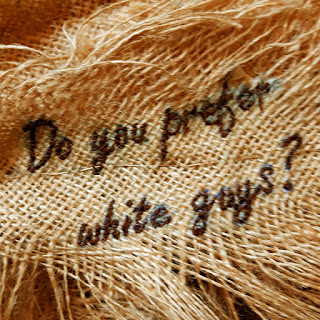 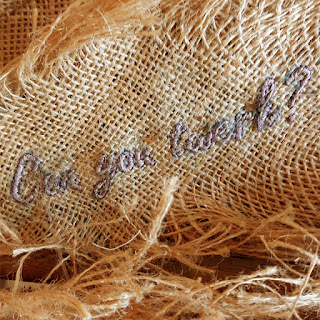 With the stories in place the fans became a physical barrier between the viewer and the dancer that spoke only of false fantasies, bias and discrimination, not of the true person behind them. They became a literal way to hide the dancer mimicking the project's title, The Hidden Pin Up and highlighting the fact that real black and non white Pin Up's from the vintage era were largely obscured from the mainstream due to these stereotypes. 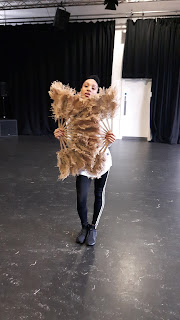 There are spaces left on the fans which I hope to fill up as the project continues and I'd like to collect new stories at every performance. Perhaps if I get enough I might even stitch onto the dancer's hessian costume too so that eventually she is covered.

The fans were made to be danced with but also be seen as a stand alone piece that tell the history and ongoing story of the black Pin Up. I'm excited to see how they progress.
Posted by Gemma Parker at 08:47